Materials:
-Felt – I used blue, brown, orange, and purple, but you can use whatever colors you want to make your dinosaurs
-Embroidery thread – You can also use craft glue to put the dinosaurs together, but the instructions I’ll be giving is for thread
-Google eyes (I bought a small pack at the dollar store, but I’m planning on purchasing this huge pack of googly eyes

Start by cutting out all your pieces. A simple trick I learned from a friend of mine was actually to use a glue stick to glue the pattern pieces directly to the felt. This way they stay in place while you cut them out, but can easily be removed when you’re done. 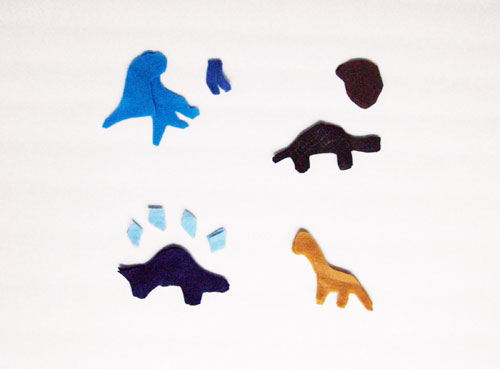 We’ll start with our little orange dino here. Add any stitches for texture that you want. I did a simple circle. 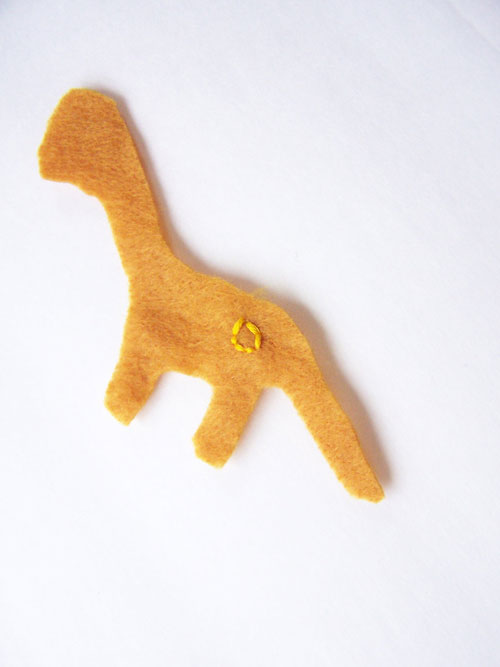 Now blanket stitch around the edge, leaving between the two legs open. 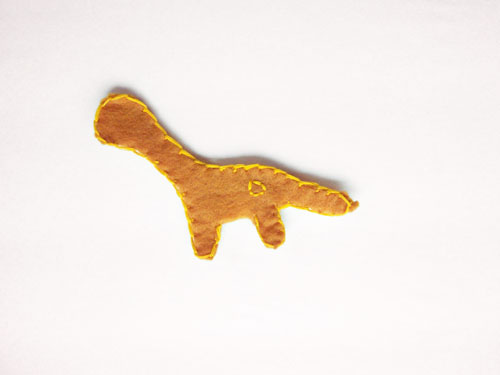 Now let’s move on to the t-rex, which I made out of blue felt. Now I messed up on my t-rex, so the pictures will be a little out of order. To start, you want to add on any details onto the body of the dinosaur. Here I stitched some simple circles to give him a little texture. 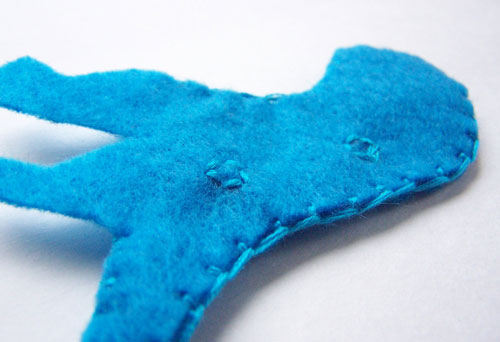 You also want to stitch on the arms. Here’s where I really messed up – I stitched them on after putting him together, which made it really difficult to get a finger in to actually use him as a finger puppet. So don’t make the same mistake I did! 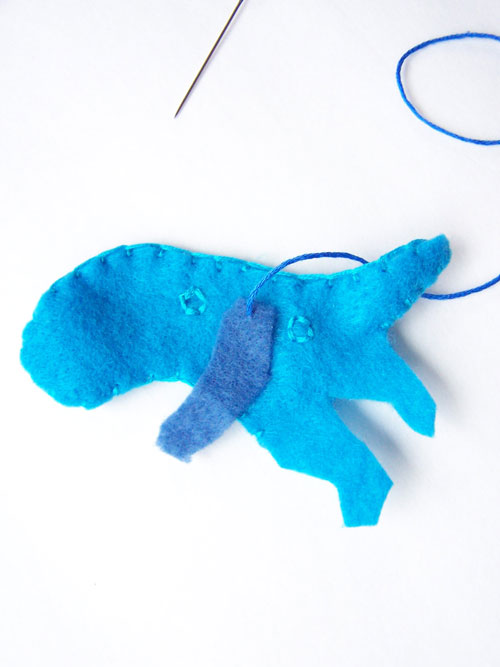 Once you have your arms stitched on, blanket stitch around the edge of the dinosaur, but leave at the feet open. 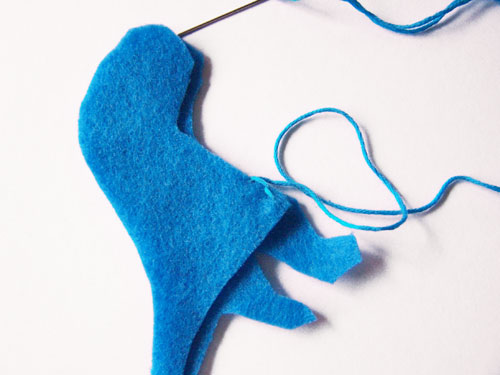 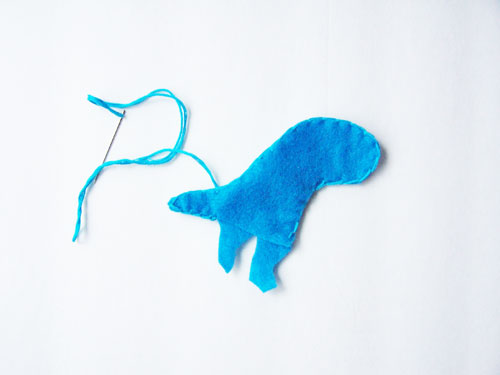 Once he’s done, set him aside. We’ll add the eyes and mouths all at the end. 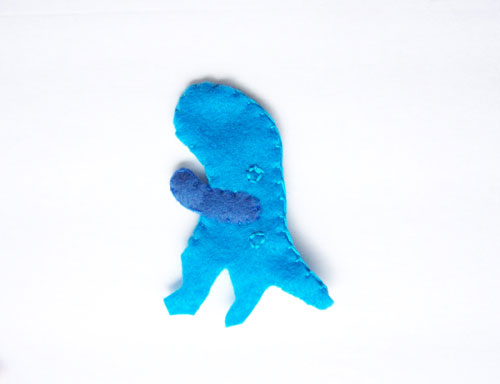 Next we’ll do our triceratops. I had some fun textured brown felt which I used for the body, then some plain brown for the head.
First, blanket stitch around the edge of the body. 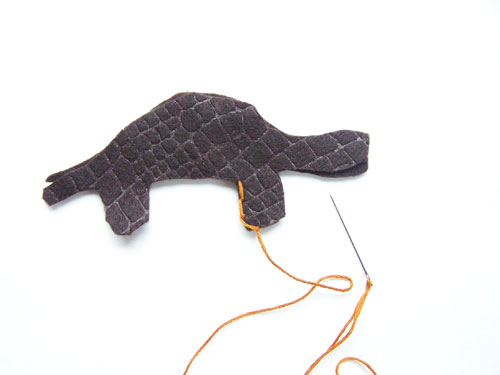 Then place each head piece on either side of the head of the dinosaur. 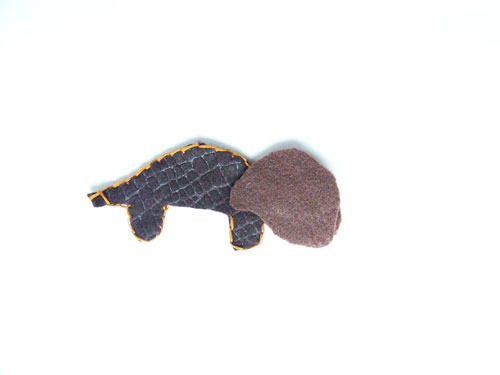 Stitch around the edge of the head pieces. 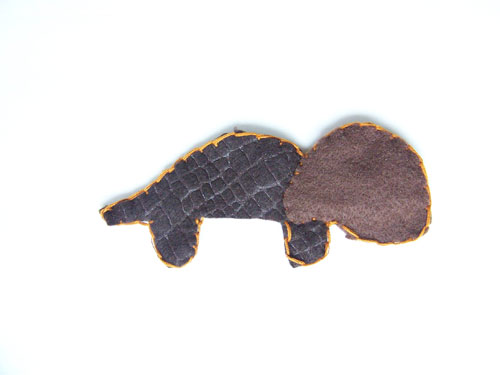 Begin stitching around the edge of the stegosaurus at the feet.

When you get to the beginning of the back, slip one of the spikes in between the two sides of the body. 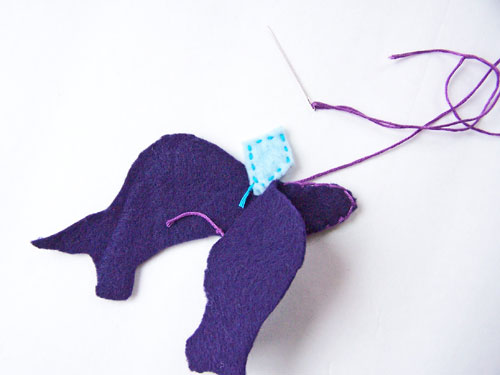 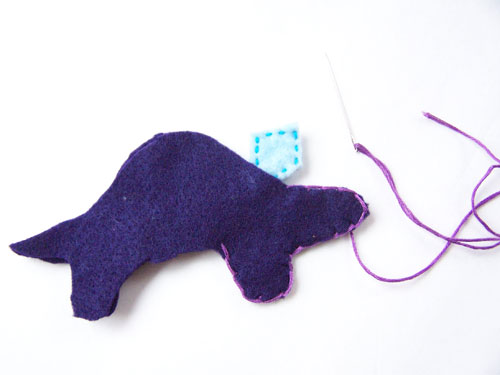 Stitch the spike in as you continue around the edge of the body. 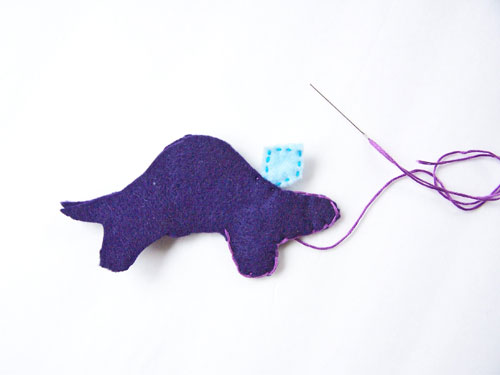 Do the same for the remaining spikes, spacing them evenly around the back of the dinosaur. 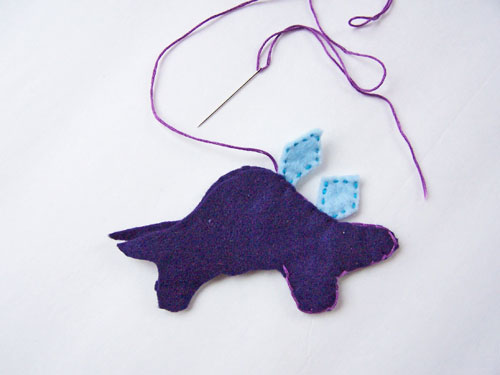 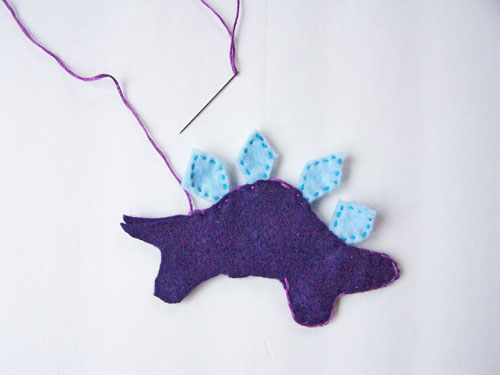 Then continue the blanket stitch around the edge of the dinosaur, leaving an opening at the bottom between the two legs. 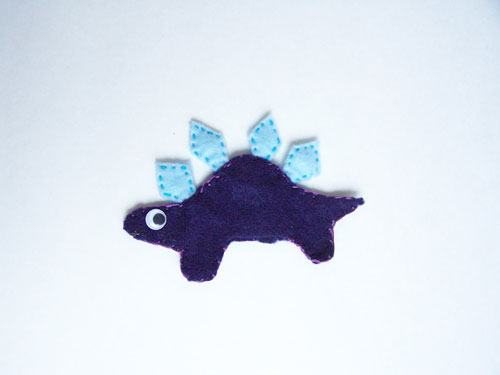 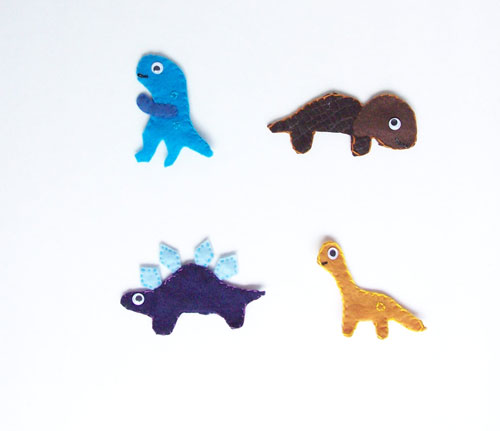 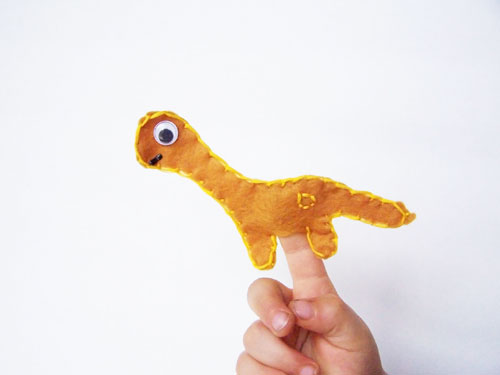 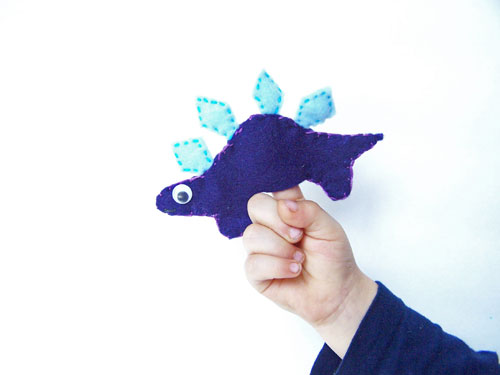 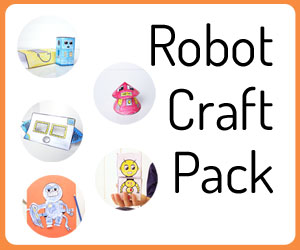