As Pirate Week comes to a close here at Create in the Chaos, we are going to top off our week of fun projects with an awesome cardboard pirate ship tutorial. 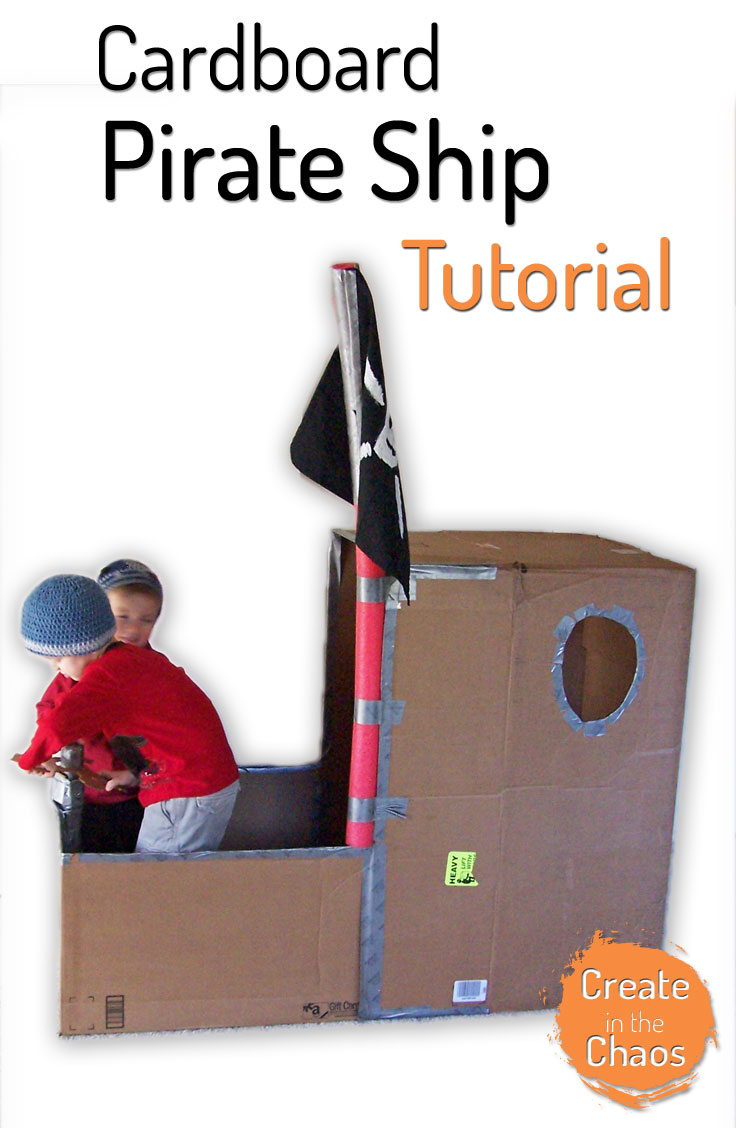 Take your two cardboard boxes. I use the boxes that ship when we get our Amazon Subscribe & Save order each month. You’ll notice I’m re-using a box from a previous project, the rocket ship I made the boys a while back. Re-purposing a re-used box? 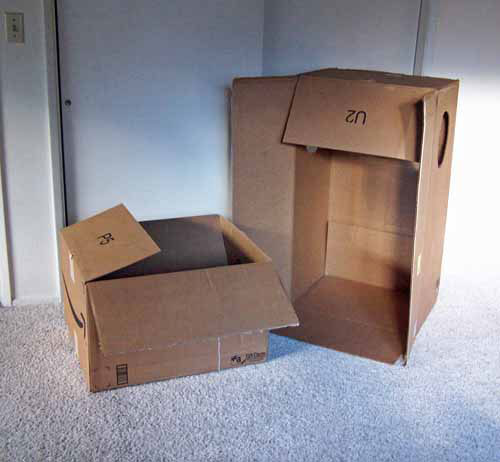 Take your smaller box. Cut off all but one of the lid flaps on the shorter side. 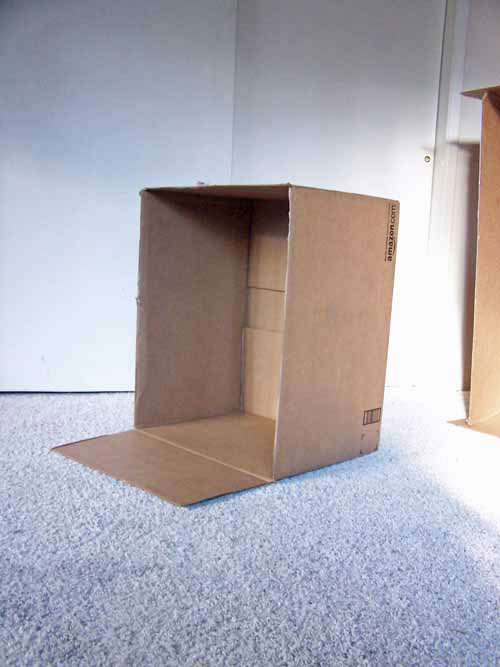 Now we are going to cut down the sides of the box on the side with the remaining flap. 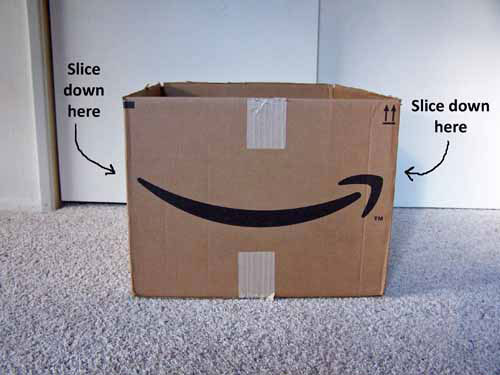 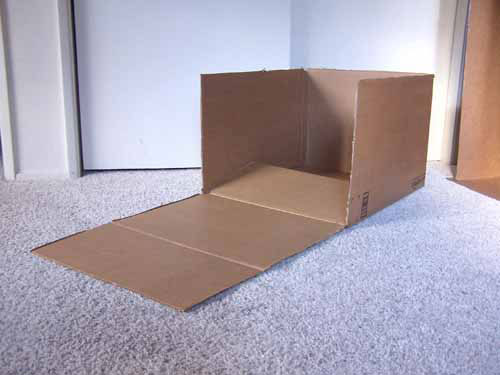 Take your taller cardboard box and tape the lid flaps so they are sticking out, as shown below. 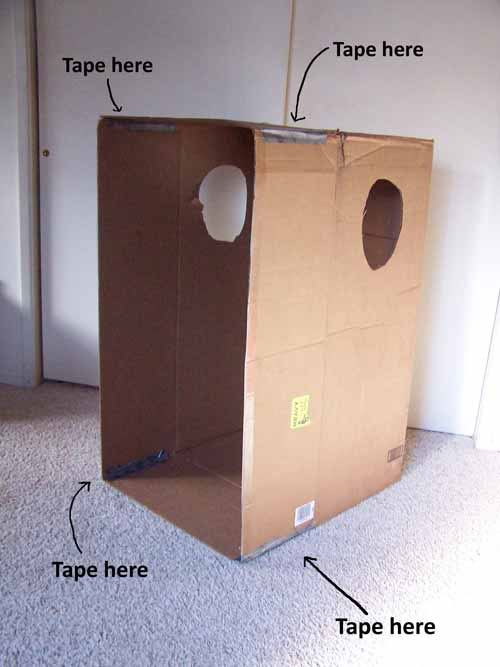 Let’s slide the two boxes together. 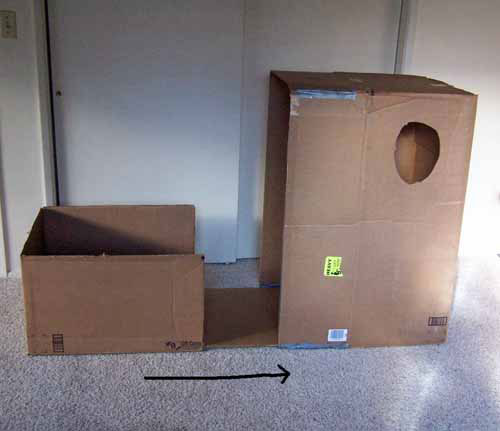 Tape the boxes together. I was generous with the tape because I knew it needed to hold up to two rowdy boys playing in it! I also taped up the rough edges so the boys would be less likely to scrape themselves up. 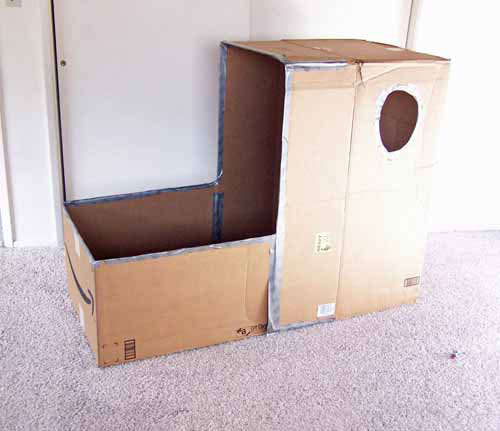 Don’t forget to tape up the inside of the box as well. 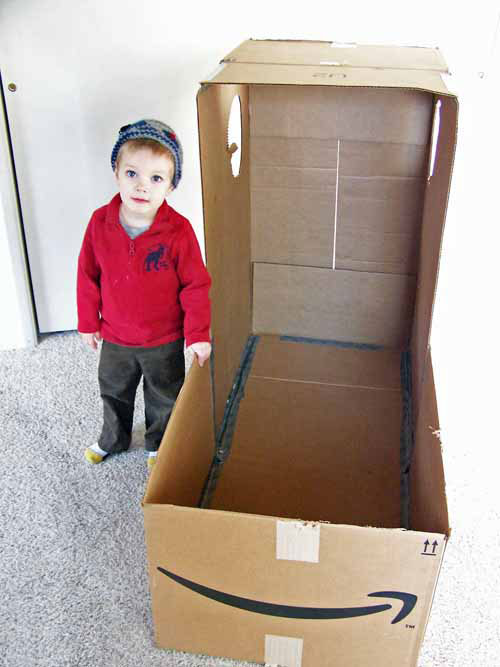 Let’s move on to make a small helm. Cut out a rectangular piece of cardboard and crease it so it will easily roll into a cylindrical shape. Add duct tape to one side. 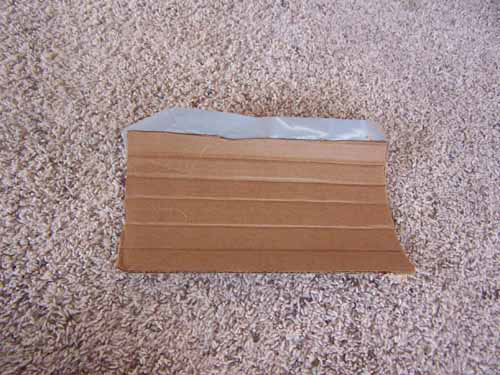 \
Roll it up and tape it together. You should end up with something that looks like this: 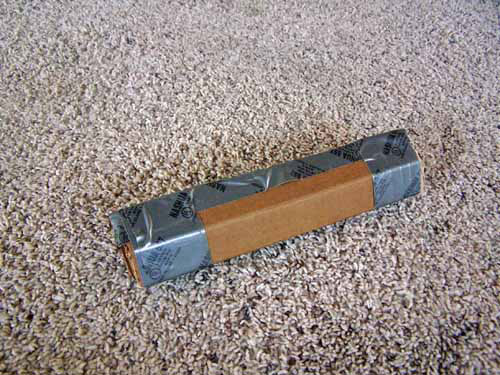 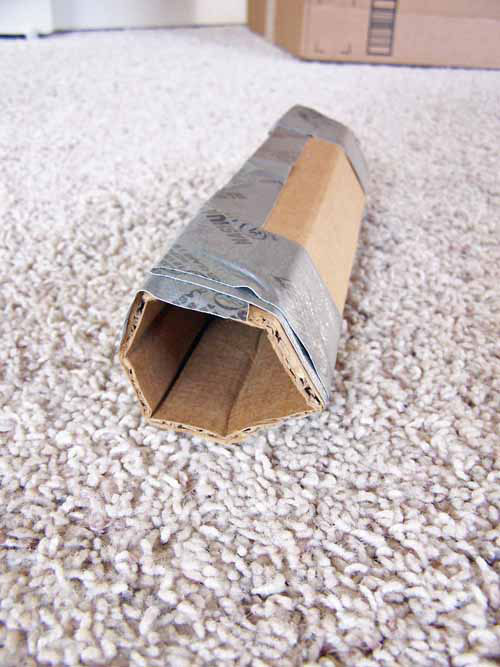 Now cut out the steering part of your helm. You can make it whatever size/shape/design you want – just be sure the circle you cut in the middle fits the tube you just made above. 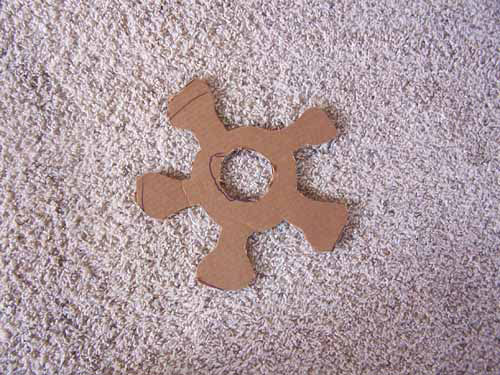 (Cutting this out with a box cutter was a lot trickier than I thought it would be! Mine turned out a little lopsided.)

Make sure it fits… 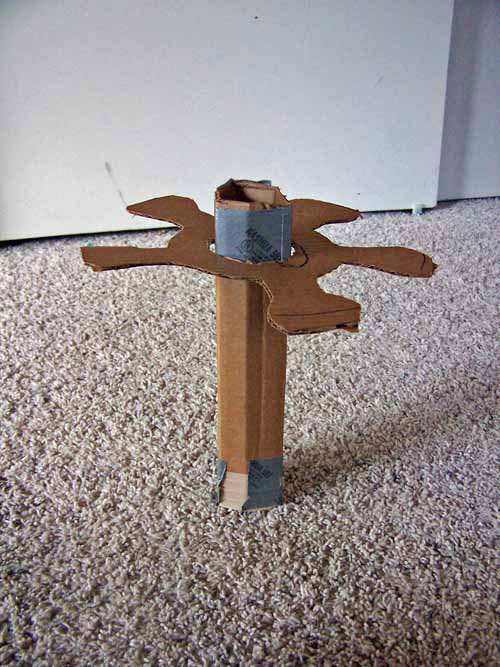 Then we’re going to add a “stop” below it so the wheel won’t slip down the tube. I’m sure there’s a more technical name, but I don’t know it.
Cut out another rectangular piece that will fit around your tube. 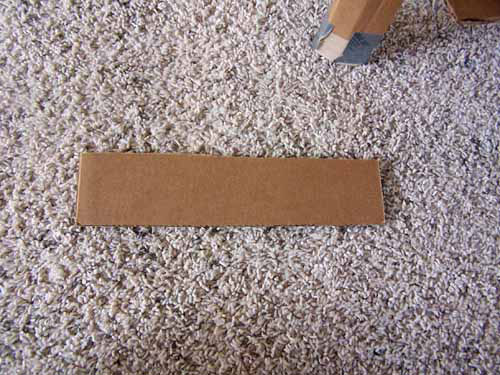 Tape this a little ways down your tube. 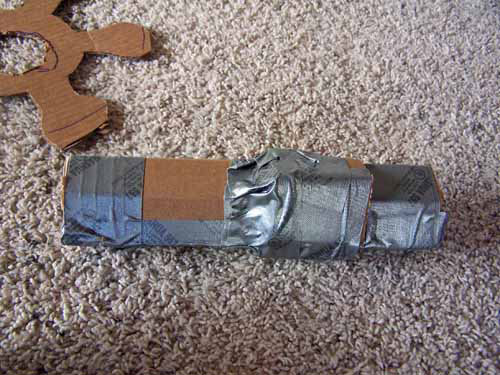 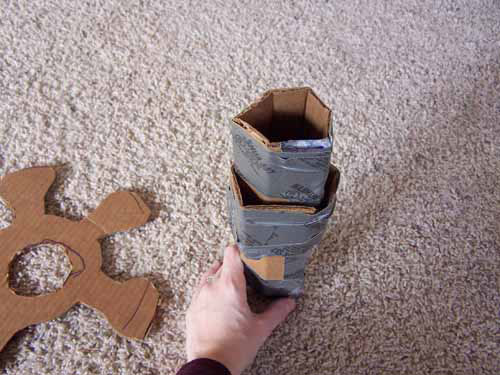 Add the wheel. Once I put the wheel on, I also taped down the top of the tube. 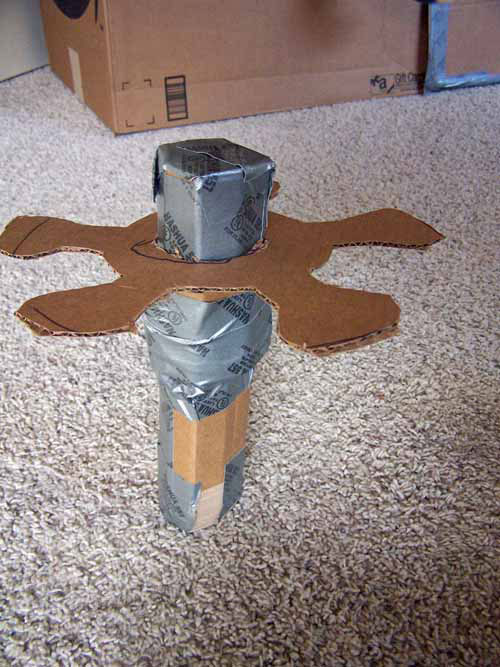 It’s time to attach our helm to the pirate ship. You can do this the “correct” way, i.e. how a normal ship helm would be. But my 2 year old insisted that it be vertical, more like a car. 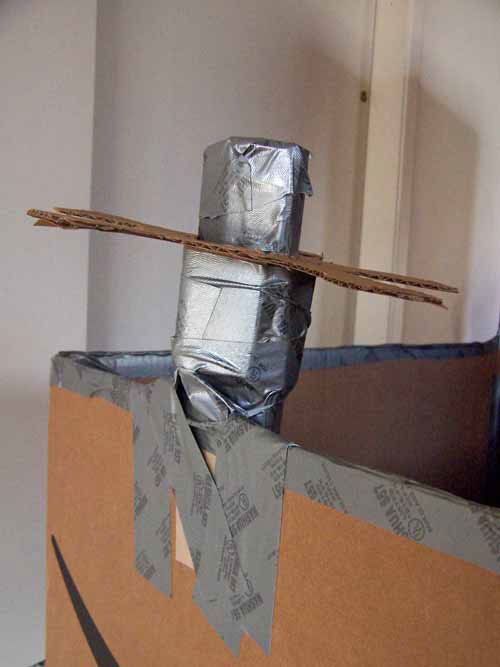 Make sure you attach it very well! This thing will be getting some rough use. 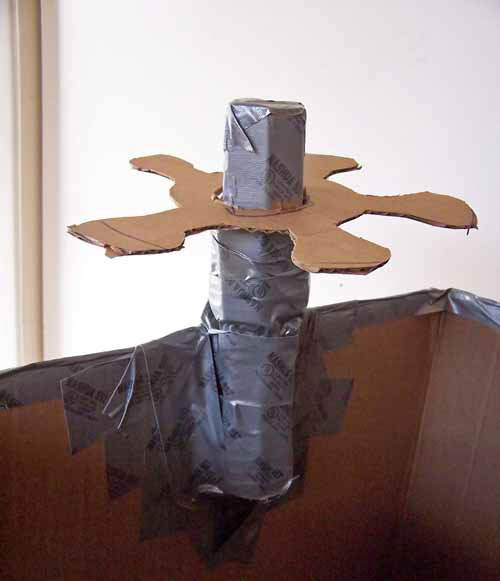 Let your kiddo test it out! 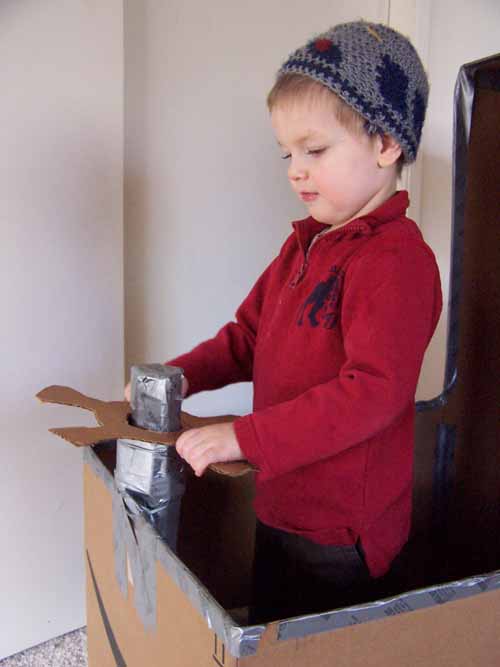 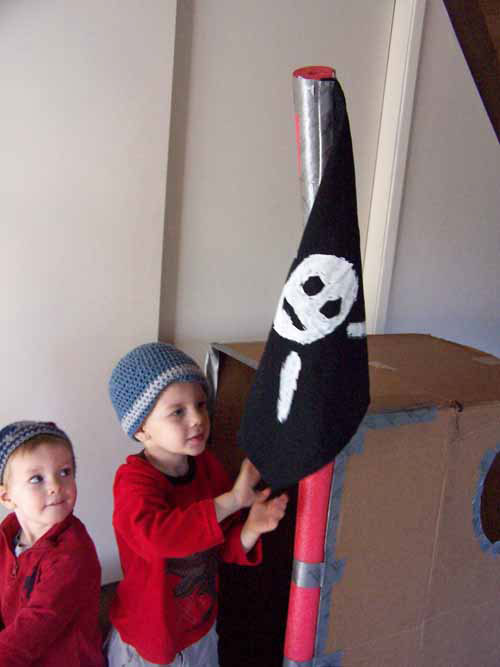 And there you have it! A fun pirate ship.

And don’t forget to bring along a sword… 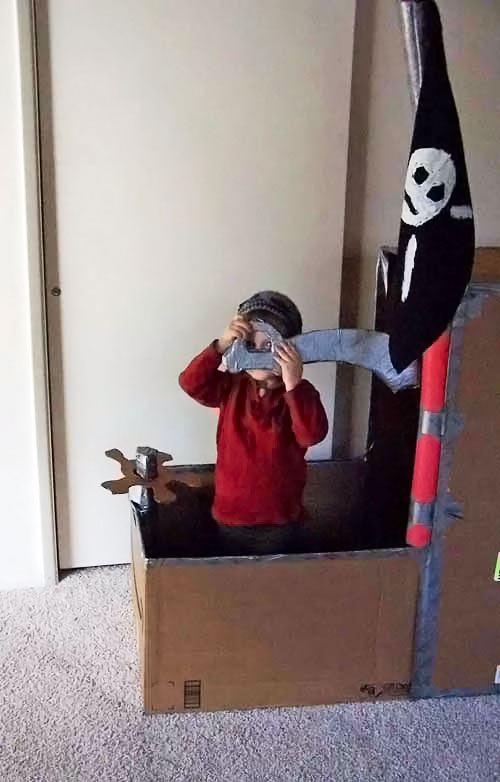 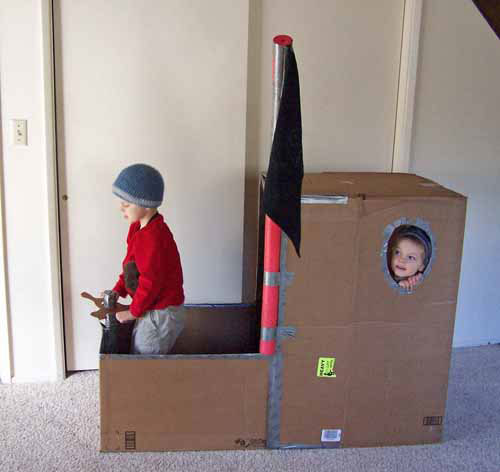 Thanks for joining me for an awesome pirate week! You can check out any of the tutorials you missed here.